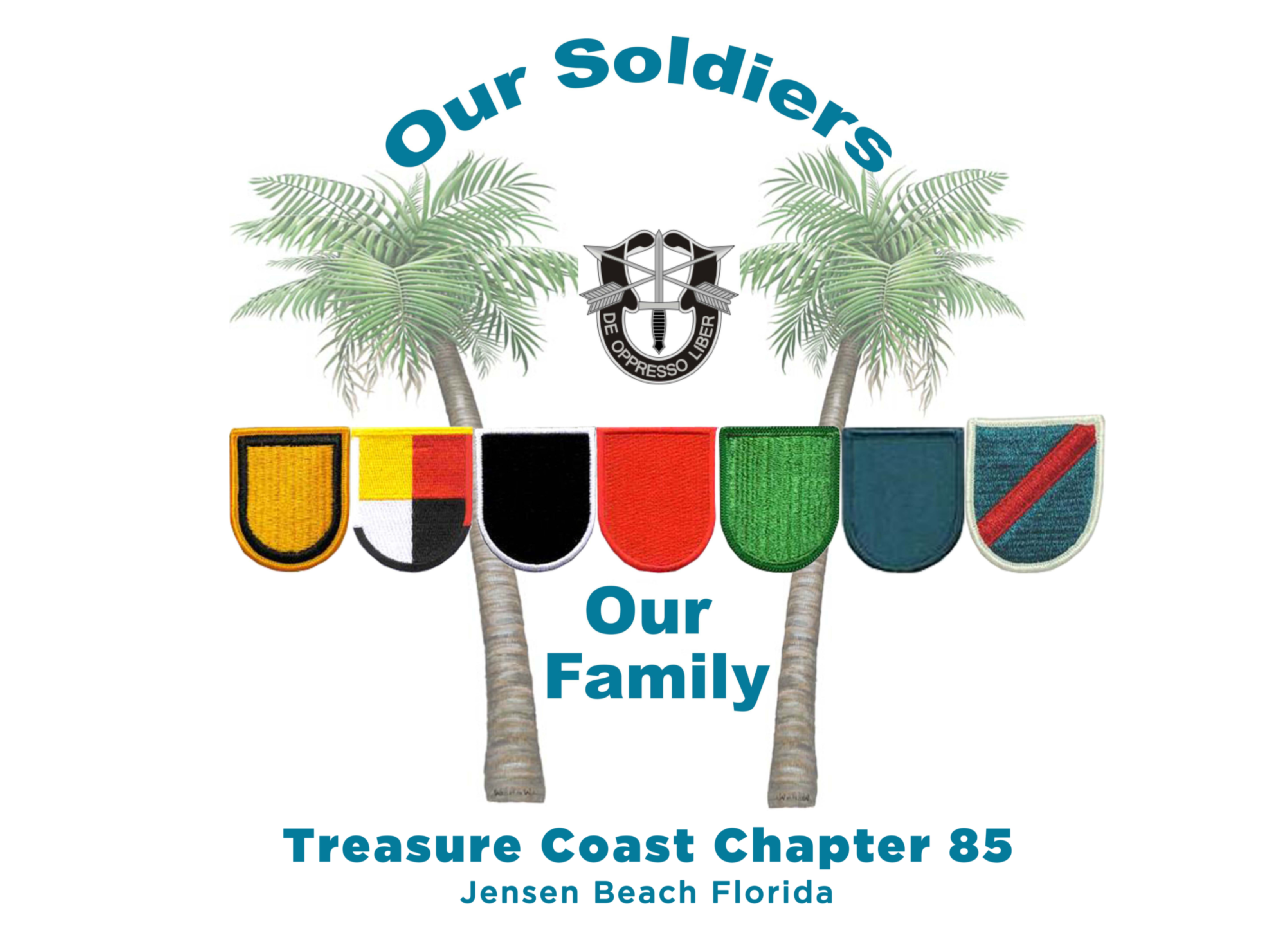 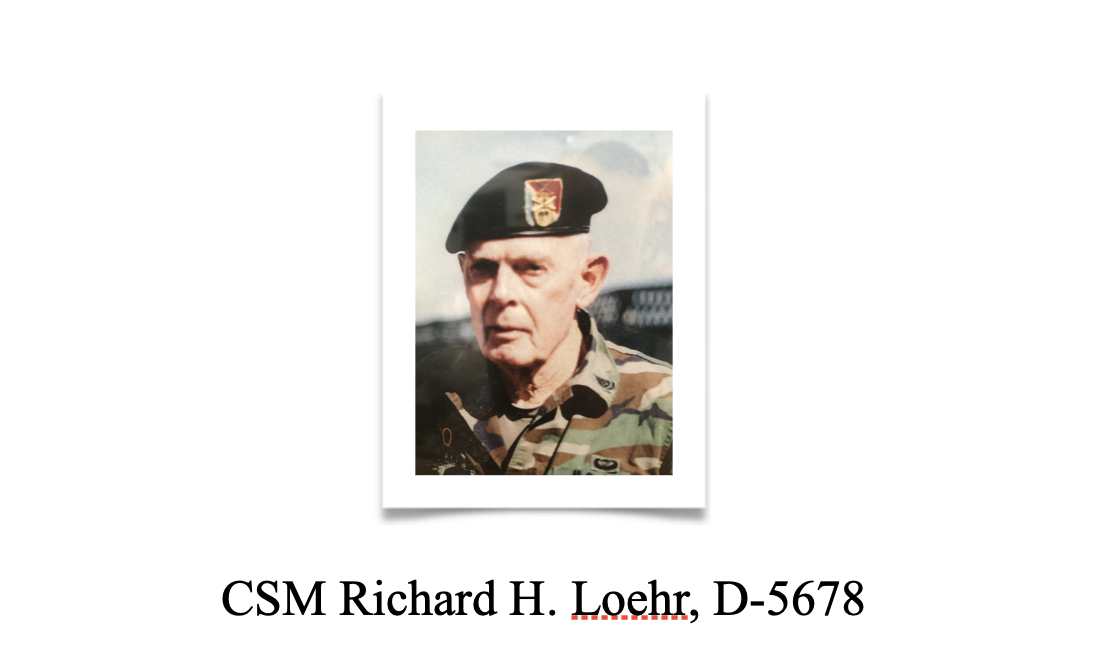 CSM (Ret) Richard H. Loehr, 89, passed away on 12 January 2017.  Richard was born January 18, 1929 in Cleveland Ohio, the Son of George and Florence Loehr.  His father oversaw USCG operations along the Eastern Coast of Florida during WW II.  He also had a brother Alan, who preceded him.

CSM Loehr grew up in Hagerstown, Maryland, and graduated from The St. James School, a Catholic Institute, in 1947.  Richard was an active member of The Rotary Club for many years. CSM Loehr was also a noted fishing guide in South and Central Florida.  He mainly worked out of St. Augustine, Stewart, and Ft. Lauderdale.  Starting at a young age, he worked his way up to being a licensed Captain of vessels up to 180 Feet.   He also held positions in the insurance field, most notable for many years with Massachusetts Mutual.

CSM Loehr went on Active duty on 21 September 1950.  Upon completion of Advanced Individual training as a Lineman, he deployed to The Republic of Korea where he served in this position.  Upon his return, he served in various units to include the 841st Engineer Battalion.  After completing Jump School in 1966, CSM Loehr was assigned to Detachment A, Co. F, 11th Special Forces Group, where he eventually attained the rank of CSM for the 3rd.Battalion.  After suffering an injury on an Airborne training jump, CSM Loehr came off jump status and returned to the 841st Engineer Bn. while rehabilitating his ankle.  Determined to return to jump status after his rehabilitation, he did so and returned to HHD, 3rd Bn, 11th SFGA, in 1979, once again as the Command Sergeant Major.

CAM Loehr was the force behind Chapter 85 receiving it Charter and becoming a viable chapter of the Special Forces Association.